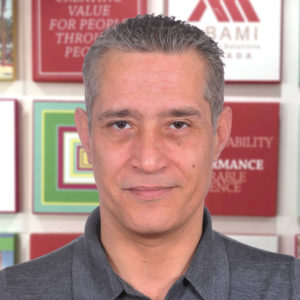 Spent 12 years in executive positions within different multinational and local companies during which the role revolved around creating, promoting and managing brands and products in addition to sales and distribution of fast moving products in competitive Middle East retail markets. Later and for 5 years, setting up, launching and managing projects in the field of GSM and Telecom Services in Congo Brazzaville, Chad and Niger. Taking them from start-up and steady state of growth, to market leadership.

For the next twelve years, Medhat decided to get involved in Business Development and Consultancy, through joining as a free-lance, a couple of consultancy firms in the field of Training, Coaching, Monitoring sales, and customer care personnel.

Lately, for the last six years, driven by a new passion and satisfaction from helping developing people, and helping them discover their own potential, Medhat joined ABAMI Consultancy & training as a certified facilitator, where he delivered training programs to thousands in the Middle East.

Have an enquiry??
Fill in this
simple form
& we will do the rest!